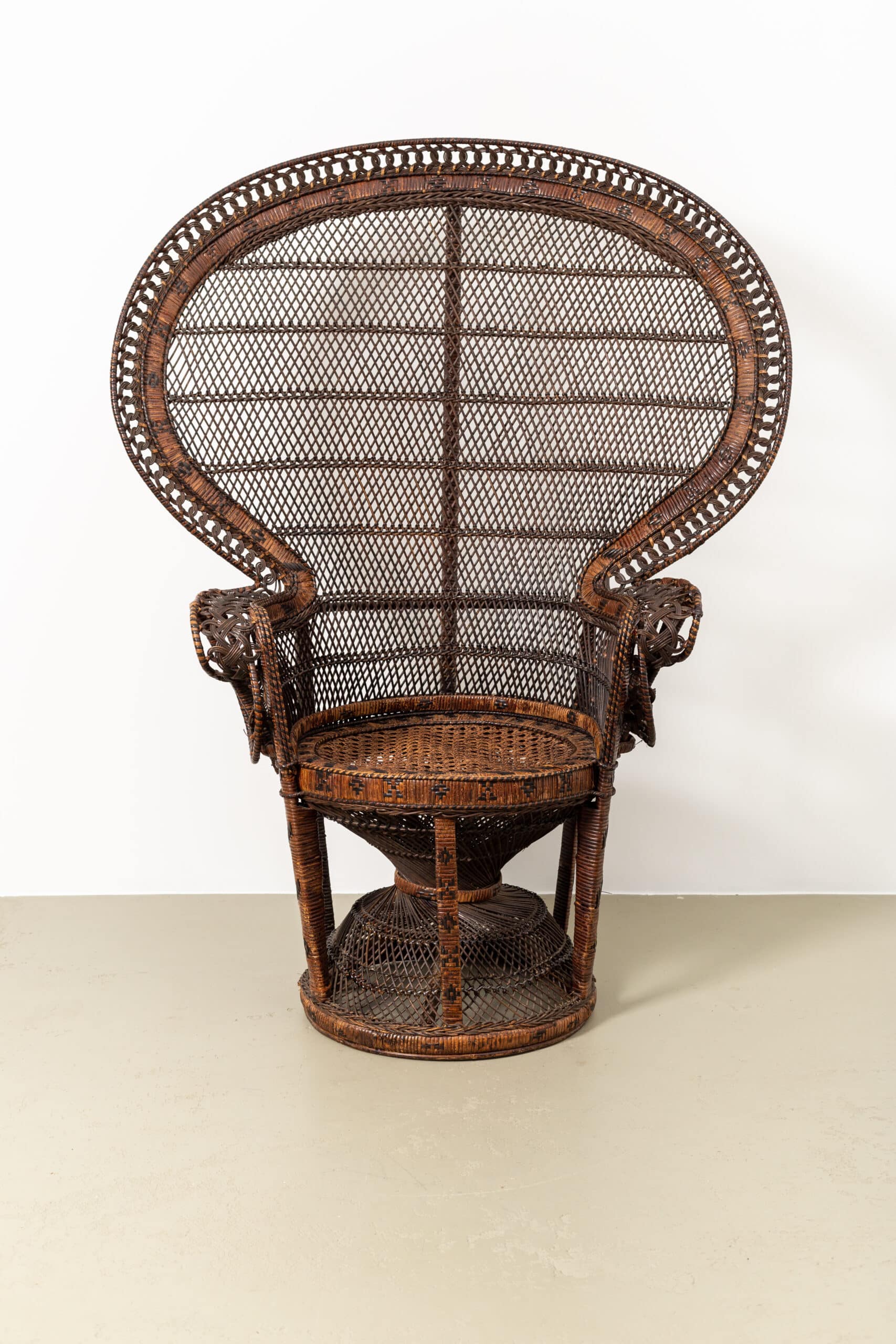 The peacock chair has taken its seat in history, supporting not only the backsides of the rich and famous. The intricate design is one that has made its way in and out of fashion throughout the ages.

Made from rattan, the peacock chair is lightweight but sturdy and is also referred to as the “Manila” or “Philippine” chair. As early as the 1600s, European colonists began bringing back woven furniture made of rattan from locations in Southeast Asia.

At the beginning of the 20th century, the exotic design of the peacock chair with its bohemian style made it a staple of photography studios, parlors, and smoke rooms in wealthy homes. It quickly became a fad for celebrities and a symbol of pop culture for decades

Back  in 1974, Actress Sylvia Kristel made this chair a famous item in the movie ‘Emmanuelle’ where she sat half naked on it.