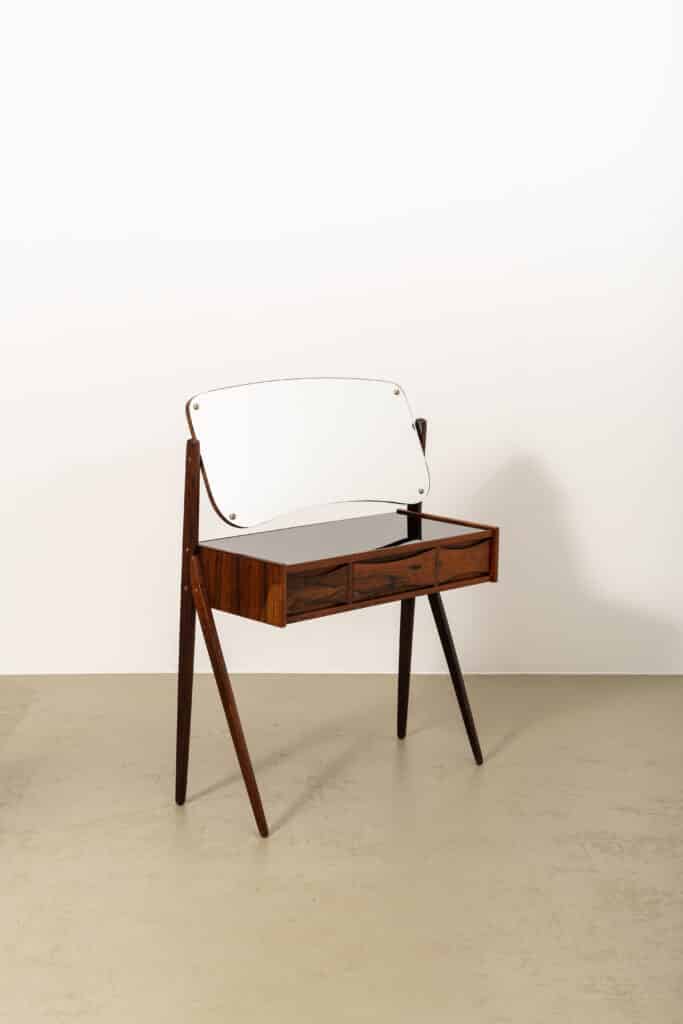 This refined, delicate dressing table is designed by Arne Vodder. The piece features the quintessential bow tie grips on the top and bottom which are Vodder’s trademark. The piece holds several details that make it a unique mid-century Danish piece. Note for instance the brass knobs on the sides of the mirror and the circular and slightly tapered legs which match the rectangular mirror perfectly.

Arne Vodder (1926-2009) should be counted among the most influential Scandinavian mid-century designers, although he is not as well-known as for instance Hans Wegner or Arne Jacobson. Once a student to famous furniture designer Finn Juhl, who later became his friend and business partner, Vodder started out as an architect who designed low-cost housing, later on he began designing furniture. Although his designs are anything but low-quality, his aim for functional design that could be used by all remained important. He designed amongst others for Fritz Hansen & Sibast.